New Executive Director Mei Mei Newsome is ready to expand on JustWorld International’s efforts. I sat down with her just before their 15th Annual JustWorld Gala began on Friday, January 12th, 2018 at Belle Herbe Farm in Wellington.  The theme of the Gala was Hollywood Glam, so as we talked guests arrived in their glittery best while mock paparazzi took photos and asked for their autographs.  I asked Newsome how JustWorld International got started.

Founder Jessica Newman was an international show jumper and was very affected approximately twenty years ago, seeing how hard Hurricane Mitch hit Honduras.  She partnered with a local NGO (non-government organization) that had a mobile library, to ensure that books, music and art were reaching the schools and provide snacks for kids in school.  The mission began in Honduras and became a turning point in Newman’s life, when she decided to commit the rest of her life to philanthropy.

Today the four pillars of outreach that JustWorld is founded on are education, nutrition, health and cultural development.  Reaching over 6,500 children, JustWorld focuses on Honduras, Cambodia and Guatemala.  JustWorld partnered with locals to build schools in both Cambodia and Guatemala.  In Cambodia, Newman and JustWorld partnered with a local NGO that found a whole community of adults and children living on top of a garbage dump. Instead of trying to relocate them (against their wishes), they built a school at the dump, where these families were sorting through garbage and making a livelihood.  A 5 kilogram rice incentive is now provided to parents of school children so they won’t send their children to the dumps to work.

JustWorld has a Rider Ambassador program that creates equestrian spokespeople for the cause. Today there are nearly 300 Rider Ambassadors. They donate a percentage of their earnings to JustWorld, organize fundraisers, as well as volunteer time at JustWorld events.  Unified by their bright blue riding jackets, the Ambassadors are the face of JustWorld’s outreach program.

You can donate funds and/or volunteer for JustWorld International.  “It’s important to have feet on the ground,” says Executive Director Newsome, “That’s why our Ambassadors are such a key part of the program.”  You can volunteer by visiting their volunteer page on the JustWorld website, helping them to keep to their goal of donating as efficiently as possible directly to their projects. You can donate financially by visiting the Donate page on their website.  JustWorld International is a 501(c)(3) charitable organization in the United States and a registered Association 1901 in France.

I asked Newsome what their greatest challenge is as a non-profit organization.  She responded immediately that the main challenge is raising funds to reach more children. So instead of reaching 6,500 children, she’d love to reach 30,000 children.  JustWorld continues to expand though. One of their exciting announcements at the Gala was that JustWorld will be reaching out to Belle Glade in Palm Beach County, embarking on their first domestic program.

Newsome explained the reading rates in Belle Glade are well below state averages and statistics show that two-thirds of those who cannot read by the 4th grade end up in jail or on welfare.  With this in mind, JustWorld will fund a supplemental reading program and will provide books to children in Belle Glade.  “You’d be surprised, but many of these children do not have access to books,” says Newsome.  She also explains that the dollar doesn’t stretch as far for a program within the U.S.  That’s why they have waited and raised funds up until now – to work on a program in their own backyard.

JustWorld International is proud that two of its partners’ founders have been featured as CNN Heroes.  Phymean Noun, who founded the school in Cambodia with JustWorld’s assistance, is one of them. Noun believes firmly that they key to a better life for these kids is education. She had to convince families to allow their kids to go to school, instead of spending a 10-hour day sorting through trash to earn approximately $1.  Today the Kindergarten through 6th grade school is a success with kids graduating and going on to pursue higher education, beginning their own carriers and even opening their own businesses.

Another CNN Hero that works with JustWorld International is Juan Pablo Romero Fuentes of Guatemala.  Fuentes, with the help of JustWorld International, built a school that keeps children away from the drugs and violence in their community and focuses on their future. JustWorld funds teachers’ salaries, meals, a medical clinic, and leadership and cultural development programs for students participating in the Institute of Cultural Action (IAC) including journalism, break dancing, art, theatre and music classes.

The 15th Annual JustWorld International Gala included more then 500 guests, exquisite silent auction items, red carpets and delicious food catered by Bolay. Caryl Philips and Frank Zeiss and the Palm Beach Masters Series returned this year as presenting sponsors. Meanwhile, Newsome pointed out that the “fairy godmother” of the organization is Jessica Newman’s mother Maria Newman, who owns Belle Herbe Farm, where the Gala was held and donates the office space for JustWorld.  With founder Jessica Newman able to take a step back from management to focus on development and Mei Mei Newsome coming in as the new Executive Director, it’s a tribute to how much JustWorld International has grown over the fifteen years. Newman passed the baton to Newsome, saying, “She is committed to JustWorld and I believe the right person to take what I started and grow it beyond what any of us could hope for.” The staff and volunteers are excited to continue to make a difference in Honduras, Cambodia, Guatemala and now Belle Glade.  For more information or to find out how you can get involved, visit the JustWorld International website, www.justworldinternational.org 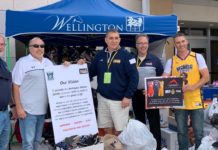 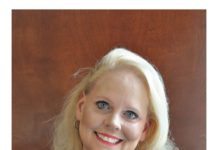 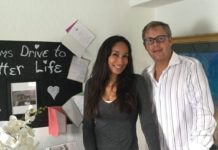